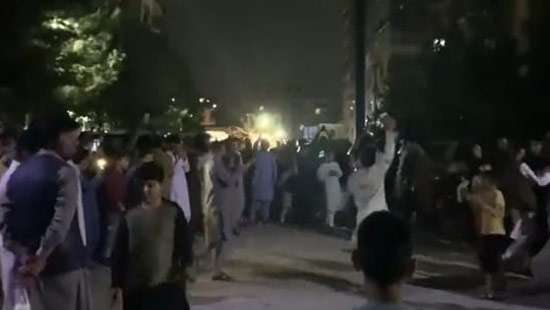 People in Afghanistan were left overjoyed and took to the streets as Sri Lanka defeated Pakistan in the Asia Cup 2022 final on Sunday.

The Afghans danced and some even were tearful as Sri Lanka, currently going through an economic crisis, registered their sixth title win.

This comes after clashes were reported between the supporters of Afghanistan and Pakistan after the latter won the cricket match in the Super Four phase of Asia Cup 2022 in Sharjah on Wednesday.

Afghanistan themselves had a decent outing at Asia Cup 2022. They qualified for the Super Four phase of the tournament after wins over Sri Lanka and Bangladesh in Group Stage, but could not score any win in the Super Four stage, losing to Sri Lanka, Pakistan and India.

After the win, Sri Lanka captain Dasun Shanaka said, “We played last year's qualifiers as well … it's the set-up that has come through from three or four years back. The last two years were really good for us … and winning Asia Cup will really help for the … World Cup. The World Cup qualifiers will help as well because we will play in those conditions before the main tournament happens so it'll be really good for us.”

Meanwhile, Rajapaksa, who played a match-winning knock, said, “We all just wanted to show the whole world, a couple of decades back, that we had some sort of aggression in our side. And we wanted to create those moments again. I think, as a unit, we are doing that fantastically well at the moment.”

“We want to look forward to the World Cup as well and to keep up this momentum.”

“As a nation, I think it's a great win … with all the crisis happening back home, these are tough times for Sri Lankans. We are glad and hope that we brought some smiles to their faces”, he further added.(Hindustan Times)