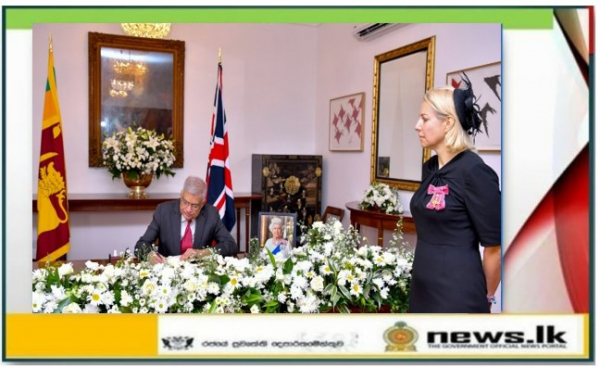 President Ranil Wickramasinghe expressed his condolences over the death of Queen Elizabeth II.

The president is scheduled to participate in the funeral of Queen Elizabeth II which is to be held at Westminster Abbey, London on September 19.