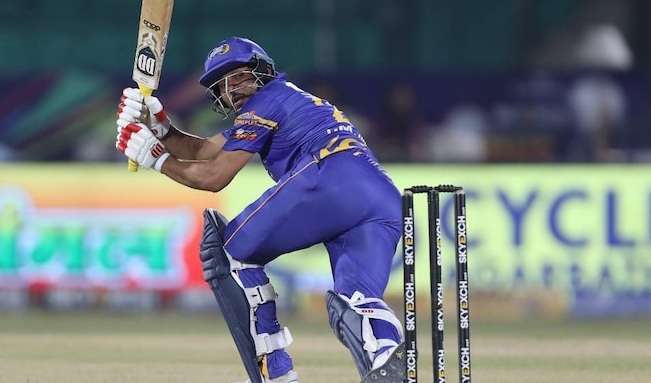 Sri Lanka Legends breezed past Australia in the opening match of their campaign in the Road Safety Series on Sunday, 11 September. Sri Lanka rode on a tremendous first innings batting show to post a mammoth 218 runs on board, which ended up being more than enough to beat Australia, who were led by former all rounder Shane Watson.

For Sri Lanka, their openers took over the scene swiftly, hitting 6 sixes and a massive 24 boundaries between themselves. While Dilshan went on to make 107 off 56 balls at a massive strike rate of 191.07, his batting partner Dilshan Munaweera scored 95* off 63 balls, falling eerily short of a century.

Legendary Australian bowlers were taken apart on the day. The likes of Brett Lee and Shane Watson were put to the sword, leaking runs at much over 10 rpo. Only Dirk Nanness brought home respectable figures with 4-29-0.

While coming into bat, Australia had a massive target to achieve, on a track that supported spin, and they failed to get a hold of the required rate, despite a good start.

The opening combination of former captain Cameron White and Shane Watson put together a rapid 75 runs inside the first 7 overs, but the innings fizzled away after the wicket of captain Watson. From 75/1, Australia went down to 151/7, a wreck that they failed to recover from.