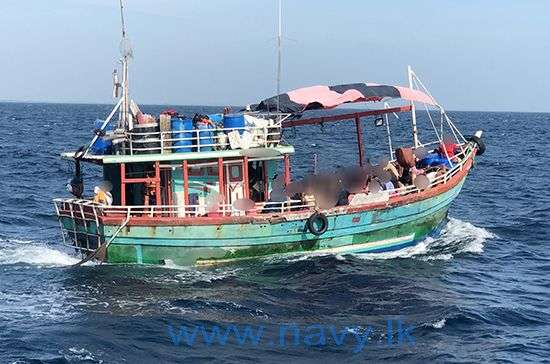 The trawler was taken into custody during a marine patrol off the coast of Batticaloa in the wee hours of today.

There were 60 men, including the navigators, 14 women who were over 18 years of age and 11 others were young teens among those who were netted.

The Navy also took the deep sea fishing craft used for this illegal sea voyage under their custody. The illegal migrants were from Batticaloa, Trincomalee, Muthur, Kilinochchi, Jaffna and Madu.