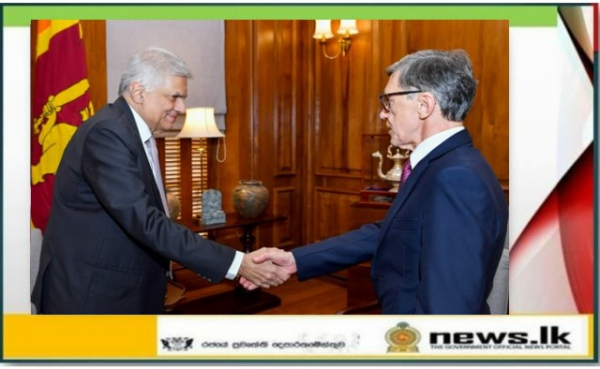 Mr. Yury Materiy, who has ended his term in Sri Lanka, said that he will continue to work to strengthen the relations with Sri Lanka.

He further stressed the need to enhance ties and develop the tourism industry between the two countries.

President Wickremesinghe thanked Ambassador Materiy for his service rendered to Sri Lanka as the Ambassador of Russia.

Ambassador Yury Materiy for his part, pledged to do his utmost to foster bilateral relations between the two countries even though he is leaving Sri Lanka after completing his tenure. He also wished President Wickremesinghe the strength to take Sri Lanka out of the economic crisis and establish a stable country.

President Wickremesinghe wished Ambassador Yury Materiy success in all his future undertakings and thanked him for all the assistance rendered during his tenure in Sri Lanka.