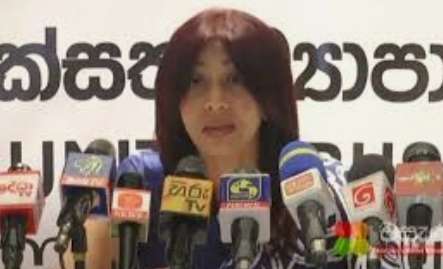 She addressed an opening ceremony in Nugegoda, saying the SLUNBA had requested the government to provide the infrastructure to uplift local manufacturing.

“The government should not rely on exports and dollars; instead, it should improve domestic manufacturing and industries to protect the rupee in the country; it is not rocket science to be unaware of the current situation,” she said.

While commenting on the recent tax amendment, the chairperson said to collect tax, local industries and companies should be stable and money should be with the people.

Most of the employees get their wages without deductions. The backbone of the country's economy is the private sector companies.

“The decision to privatize state entities in the country, would help to settle the debts,” she added. (Chaturanga Samarawickrama)