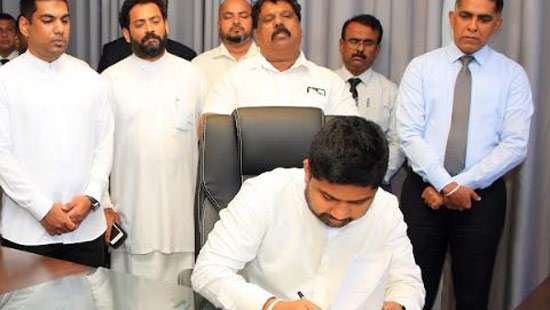 Meanwhile, Parliamentarian Indika Anuruddha who took oaths as the State Minister of Power and Energy also resumed duties this morning.

State Minister Chanaka assumed duties at the Ministry of Power and Enegry while State Minister Anuruddha at the Ceylon Petroleum Cooperation premises.