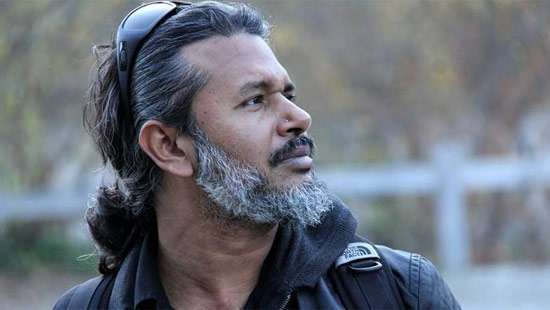 Sri Lankan writer Shehan Karunatilaka, 47, is among the six authors who have made it to the Booker Prize shortlist, which were announced at a news conference in London on Tuesday.

He becomes the second writer from the island nation to have emerged as a finalist in two years; last year, it was Anuk Arudpragasam, 34, who figured on the shortlist for his second novel, ‘A Passage North, an examination of life in the aftermath of war, and a meditation on the passage of time.’

Incidentally, Karunatilaka is also in the fray for the coveted prize for his second novel, ‘The Seven Moons of Maali Almeida’, which was published in India as ‘Chats with The Dead’ (2020), a mordant satire set against the mayhem of Sri Lanka’s civil war, The Federal reported.

The other five writers on the list, comprising two men and three women, are from different countries and continents: A British, two Americans, a Zimbawean, and an Irish. The diversity is not just limited to nationality, it’s also reflected in the range of prose styles and thematic concerns of the six novels; three of them are political satires, and others encompass the genres and styles of fantasy and magical realism.

Zimbabwean author NoViolet Bulawayo, who became the first Black woman from Africa to have been shortlisted for her 2013 debut, ‘We Need New Names,’ has made the cut again for her biting satire about the fall of a dictator, Robert Mugabe, narrated by animals. The judges termed it as “a magical crossing of the African continent, in its political excesses and its wacky characters.”

American author Elizabeth Strout, who was shortlisted in 2006 for ‘My Name is Lucy Barton,’ is on the list with ‘Oh William!’, which is part of her Lucy Barton series. The judges described it as “one of those quietly radiant books that finds the deepest mysteries in the simplest things”. The second writer from the US on the list, Percival Everett, combines comedy with crime to capture racism: His novel, ‘The Trees,’ is about the detectives who investigate a series of gruesome murders in Money, Mississippi, where Emmett Till, a 14-year-old African American boy who was abducted, tortured, and lynched lynched 65 years earlier. The judges said it was “horrifying and howlingly funny” and that it “asks questions about history and justice and allows not a single easy answer”.

Alan Garner, 87, is the oldest author to have been shortlisted for the Booker prize so far; totaling 15,000 words, his novel, ‘Treacle Walker,’ is the shortest book on the list, but so powerful in its emotional heft that it made the jury cry. The judges called it a “mysterious, beautifully written and affecting glimpse into the deep work of being human.”

Irish author Claire Keegan, who has written two collections of short stories before, is on the list for her slim novel, ‘Small Things Like These,’ set in the run-up to Christmas in a small Irish town. The jury said Keegan was “measured and merciless as she dissects the silent acquiescence of a 1980s Irish town in the Church’s cruel treatment of unmarried mothers”.

Announcing the award, cultural historian and writer Neil MacGregor, who was the jury chair, said that the aid the judges were looking for books in which “something momentous happens”, as well as novels that would “demonstrate how great writing gives the human predicament a shape”. He added: “There’s a lot of understandable nervousness in the world at large about the dominance of English, the tyranny of this one language…The prize is a moment for everyone to pause and to marvel at what English as a language can actually do, what is possible in English, what can be thought and felt, what can be endured and dreamt in the hands of a great writer.”

MacGregor was joined on the judging panel by academic and broadcaster Shahidha Bari; historian Helen Castor; novelist and critic M John Harrison; and novelist, poet and professor Alain Mabanckou. Director of the Booker prize foundation, Gaby Wood, said that the judges had chosen books that bring history to life. The shortlist also strikes a balance between mainstream and indie publishers: three titles on the list have been published by independent publisher. While Karunatilaka’s Seven Moons of Maali Almeida has been published by Sort Of, Small Things Like These and The Trees have been published by Faber and Influx, respectively.

This year’s list longlist of 15 was whittled down from 169 novels. The winner will be announced on October 17 in an awards ceremony held at the Roundhouse in London. The winner will receive £50,000 while the shortlisted authors will each receive £2,500 and a specially bound edition of their book.

A Fundamental Rights petition has been filed in the Supreme…