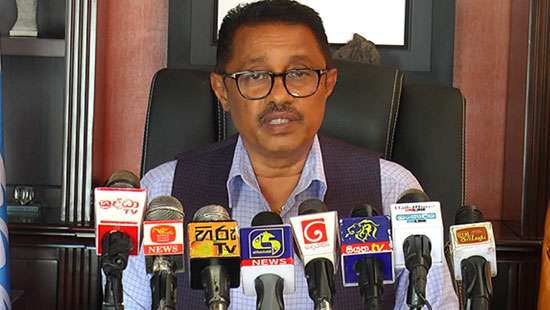 Although we have sufficient renewable energy and hydropower, the existing stocks of coal in hand will come to an end by end October, Public Utilities Commission of Sri Lanka (PUCSL) Chairman Janaka Rathnayake said.

In an address to the media, he stated that we are currently producing around 70% renewable energy and that with sufficient rainfall in the hydro catchment areas, we can generate 60% of the hydropower that we require.

“Two coal power plants out of three are running smoothly. Therefore, a power cuts would not be imposed even though one or two-hour power cut announcements are made in the future,” he said.

We hope that the current situation will continue until the end of this year.

However, the current coal stocks in hand are sufficient only up to October 25, and if the government did not take action to import sufficient coal by the fourth week of October, there would be a danger of shutting down all the three coal power plants.

He said the selected coal supplier did not even submit the performance bond due to technical issues.

“If the CEB or the government do not allow to import sufficient coal from the fourth week of October, the country would lose almost 900 Mw of electricity supply to the main grid. Although we have other sources such as renewable energy, hydro and mini hydro, there could be possibilities of power cuts,” he said. (Chaturanga Samarawickrama)