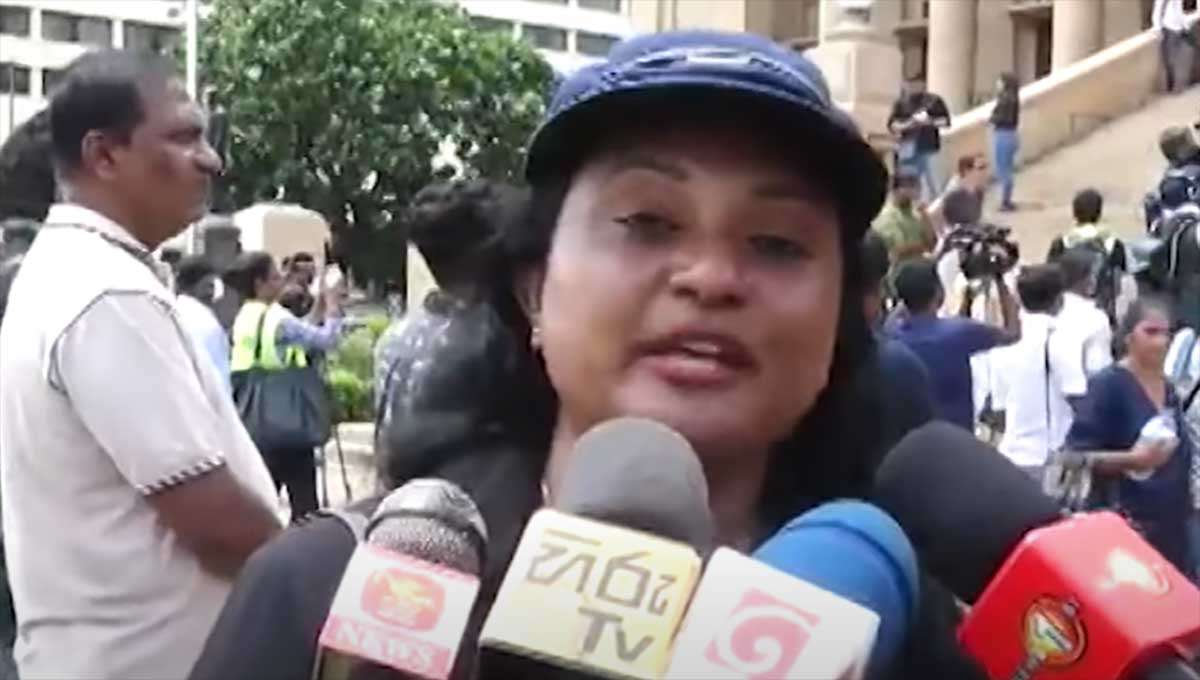 Actress and GotaGoGama activist Damitha Abeyratne had been arrested by the Colombo North Divisional Crime Detective Bureau (DCDB) for obstructing the duties of police officers.

Police said she was arrested in connection with obstructing duties of a senior police officer at the Presidential Secretariat when the police requested protesters to vacate the premises after the secretariat was occupied by the protesters in July.

Police said Damitha Abeyratne was arrested in the Welikada area and would be produced before the Fort Magistrate on Thursday. (Darshana Sanjeewa Balasuriya)