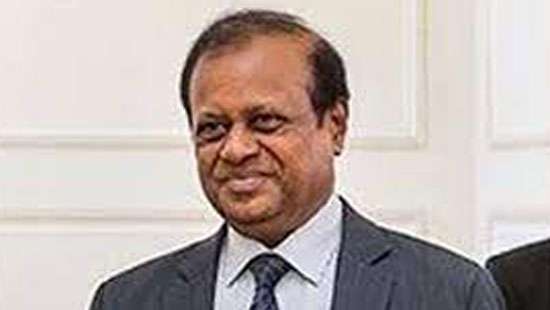 The staff level agreement which was signed with the International Monetary (Fund) has not been presented to the Cabinet as yet, leader of the House Susil Premajayantha said today.

He told this in Parliament in response to a question by Parliamentarian Anura Priyadarshana Yapa whether the IMF satff level agreement was presented to the Cabinet before signing it.

The MP said at least a nominal approval should have been obtained before signing such an agreement.

Opposition Leader Sajith Premadasa also urged the government to table the contents of the IMF staff level agreement in Parliament so that more constructive and progressive proposals  beneficial to people could be reached at.

SJB MP and Chairman of the Financial Committee Dr. Harsha de Silva said the Central Bank Governor has stated that the IMF agreement could not be presented in Parliament adding that officials, who were not elected through an election, could not take such decisions.

“Parliament has the full control over public finance. Agreement of Parliament should be obtained for the agreement when the country is bankrupt. Unless the entire agreement could not be presented in Parliament, at least a framework should be tabled in Parliament. We cannot support it without knowing its content,” he said.

Parliamentarian Prof. Charitha Herath said as per the Standing Orders at least a framework of the IMF agreement should have been tabled in Parliament.

He said the Prime Minister has given an undertaking in Parliament that the Parliament would be briefed before singing the agreement. (Ajith Siriwardana and Yohan Perera)