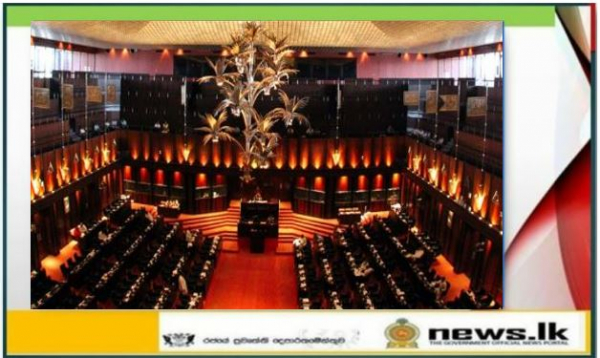 This decision was arrived at because the leader of the Jathika Janabalawegaya Hon. Anura Dissanayaka and Member of Samagi Jana Balawegaya Hon. (Dr.) Harsha de Silva, requested the Hon. Speaker to take it into debate given that amendments have been submitted for the said Bill.

Accordingly, the adjournment debate on the Mid-year fiscal position report for the year 2022, which was scheduled to be held next Thursday, will be held on a later day.

The Committee on Parliamentary Business held previously decided to pass the Social Security Contribution Levy Bill (Sep-06) without debate in Parliament.
Budget 2022 introduced the Social Security Contribution Levy Bill as a measure to raise government revenue and rebuild the economy hit by the Covid-19 pandemic. This tax is levied at the rate of 2.5 percent upon the annual turnover is Rs. 120 million on taxable turnover of importers, manufacturers, service providers and wholesalers and retailers.