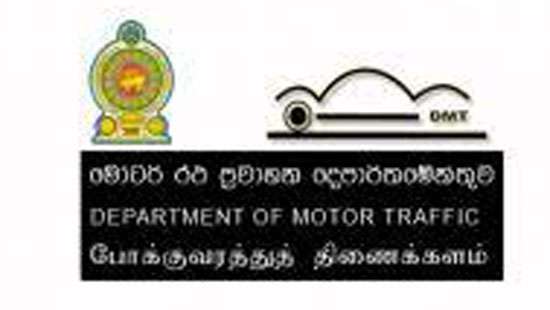 The Department of Motor Traffic (DMT) launched the facility for all consumers to make their payments for all the services obtained from the department via electronic cards from today.

The announcement was made by the Commissioner of Motor Traffic (Development), Mrs. D. Kusalani De Silva at the media briefing at the Information Department.

The facility was introduced to increase the productivity of the services. Payments via electronic cards were introduced to the DMT Narahenpita head office and Werahera department.

Later, the facility will be introduced to other branches considering the progress of the system, DMT Commissioner Controller Susantha Jayathilaka said. (Chaturanga Samarawickrama)