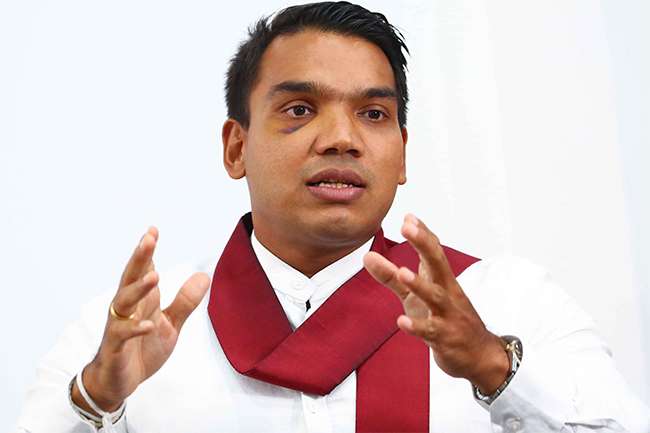 Former President Gotabaya Rajapaksa will decide whether he will engage in politics or not, MP Namal Rajapaksa said.

“It is the former president who should decide what he will do in the future. We should let him decide whether he wants to engage in politics or not. We don't have the right to take decisions for others,” he said.

Commenting on the return of the former president from Thailand, the MP said, “unfortunately he left the country, but he has returned now. And that's his right to live as a citizen in the country. We always believe Sri Lanka is a democratic country,” he said.

He said they would inform the party's executive council once the former president makes his decision.(DSB)