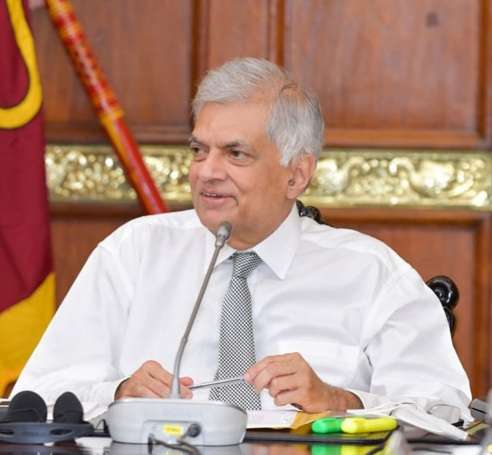 The Government Medical Officers Association (GMOA) today submitted to the President the report of the three-member committee appointed by them to look into the pharmaceutical shortage in the country.

The report was handed over to President Ranil Wickremesinghe during a meeting with the representatives of the GMOA this morning where they discussed the shortcomings prevailing in the health sector and the issues faced by the doctors.

Therefore, the report also suggested that a coordination committee be appointed by the Ministry of Health and a monthly progress review obtained.

President Ranil Wickremasinghe stressed the need for an urgent system to resolve the difficulties faced by the people due to the shortage of medicines and the rise in the price of medicines.

The President also said that he will discuss with the World Bank and the International Monetary Fund about other needs in the health sector including medicines.

The report of the committee has also proposed to appoint a technical committee to study the recommendations of the Auditor General submitted within the last five years in order to solve the problems that have arisen due to the lack of action taken regarding the recommendations of the Auditor General's reports in the last few years.

Nearly 40% of the government's expenditure on medicines is earmarked for the provision of medicines for cancer patients.

Representatives of the Government Medical Officers Association pointed out that there is a shortage of medicines and insulin for cancer patients and steps should be taken to solve the problem as soon as possible.