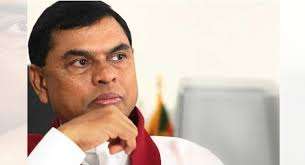 The Supreme Court made this order in connection with a Fundamental Rights petitions filed by Sri Lankan swimmer and coach Julian Bolling, former Chairman of the Ceylon Chamber of Commerce Chandra Jayaratne, Transparency International and  Jehan Canaga Retna.

In this petition, the petitioners are seeking an order to take legal action against those responsible for financial irregularities and mismanagement of the Sri Lanka economy. (Lakmal Sooriyagoda)