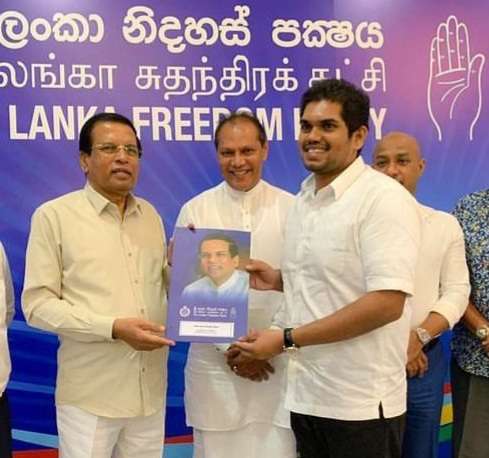 Daham is the son of Polonnaruwa District Parliamentarian and former President Maithripala Sirisena.

The former Chief Minister of the North Central Province and former Governor of the North Western Province, Peshala Jayaratne held this position earlier.

This appointment was made at the SLFP Head Quarters in the presence of SLFP General Secretary Dayasiri Jayasekara. (K. G. Karunaratne)