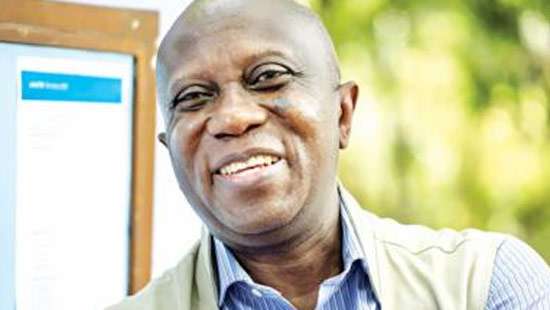 As Sri Lanka continues to suffer its worst financial slump, staple foods have become unaffordable, severe malnutrition is among the highest in the region and it is the poorest, most vulnerable girls and boys who are paying the steepest price, UNICEF has warned.

“Families are skipping regular meals as staple foods become unaffordable. Children are going to bed hungry, unsure of where their next meal will come from,” he said in a statement on Friday.

Noting that more steps should be taken to help Sri Lankan children affected by the economic crisis, Laryea-Adjei said: “children need to be placed squarely at the heart of the solution as the country works to resolve the crisis.”

Mass food insecurity will only further promote malnutrition, poverty, disease and death in the region, he said, adding that severe malnutrition in crisis-wracked Sri Lanka was already among the highest in the region.

“As the economic crisis continues to rattle Sri Lanka, it is the poorest, most vulnerable girls and boys who are paying the steepest price,” UNICEF tweeted on Friday.

The UN estimates that half of the children in Sri Lanka already require some form of emergency assistance.

Education, one sector slammed by the economic crisis, has seen decreased student enrollment and a deficit in resources, in addition to commutes made dangerous by outdated infrastructure.

“Reports are already emerging of an increase in abuse, exploitation and violence against children due to the mounting economic pressure,” Laryea-Adjei said.

Similarly, in Sri Lanka, there are already over 10,000 children in institutional care, mainly as a result of poverty.

These institutions do not provide the key familial support that is essential for childhood development.

Unfortunately, the current crisis is pushing more and more families to place their children in institutions, as they are no longer able to care for them, the statement said.

“If the current trend continues, hard-earned progress for children in Sri Lanka is at risk of being reversed and in some cases, erased permanently,” Laryea-Adjei said.

The current economic crisis has revealed the vulnerability at the heart of Sri Lankan social infrastructure, he noted.

“Continuity of learning must be ensured for girls and boys of all ages, so they can prepare for their future and are shielded from the threats of child labour, exploitation and gender-based violence. Central and primary health services must be prioritized, to protect women and children against life-threatening diseases and malnutrition,” he said.

If actions are not immediately taken to protect children against the worst effects of the global economic downturn, vulnerable children will be plunged further into poverty – and their health, nutrition, learning and safety compromised.

It therefore should be a priority of the international community to invest in the resilience of local communities as a bulwark against crisis, the statement said.

UNICEF said that Sri Lanka's emergency is a warning to other South Asian countries of the risk of not preparing for economic hardship.

“We cannot let children pay the price for crises not of their making. We must act today to secure their futures tomorrow,” Laryea-Adjei said.

Sri Lanka, a country of 22 million people, is under the grip of unprecedented economic turmoil, the worst in seven decades.

The crisis has left millions struggling to buy food, medicine, fuel and other essentials.

The country, with an acute foreign currency crisis that resulted in foreign debt default, had announced in April that it is suspending nearly USD 7 billion foreign debt repayment due for this year out of about USD 25 billion due through 2026.

In its latest assessment, the World Bank has said that Sri Lanka has been ranked 5th with the highest food price inflation in the world.

Sri Lanka is ranked behind Zimbabwe, Venezuela, and Turkey, while Lebanon leads the list.(PTI)