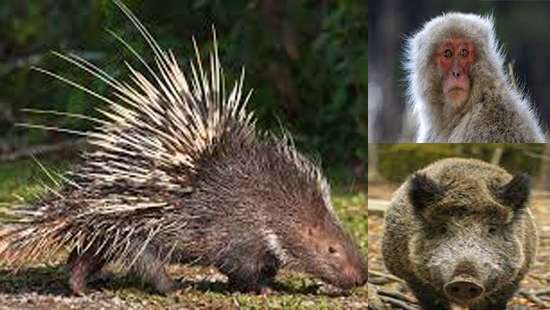 Wild boars, monkeys and hedgehogs (porcupines) have been removed from the National list of Animal Protection Act so far, Agriculture and Wildlife Minister Mahinda Amaraweera said.

Addressing a meeting held at Hambantota, the minister said that elephants, wild boars, hedgehogs, monkeys and peacocks have been categorised as creatures that are causing harm to crops and agrarian activities.

A committee was appointed to look into this and is still being discussed subsequent to the removal of the animal species from the list.

However, wild boars, monkeys and hedgehogs are the animal species which have been removed from the animal protection act, and the power to control those animals will be given to the agriculture committee. (Chaturanga Samarawickrama)