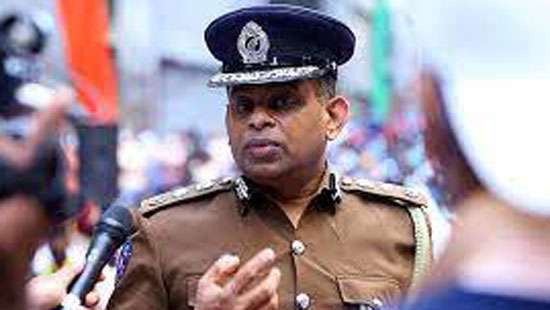 Deshabandu Tennakoon is the main person responsible for the May 9th mayhem, who let the goons of the former Rajapaksa regime to unleash an inhumane attack on peaceful protesters of the Galle Face Aragalaya, ex-BASL Chief PC Upul Jayasuriya said yesterday.

The former Bar Association of Sri Lanka President addressing a conference themed 'In a society where death warrant reigns; Let's stand against repression,' which was organised by a number of political party representatives, civil society activists and trade union members held at the Sri Lanka Foundation yesterday afternoon said Senior DIG Deshabandu Tennakoon should be held accountable for the May 9th attack.

“Deshabandu was the policeman who vouched that no peaceful protester will be subjected to any harm but he was the same person who hid behind a ‘police coat’ and let the goons launch an attack on the protesters,” the President Counsel said.

PC Jayasuriya said that it was Deshabandu who let the Rajapaksa supporters attack ‘MynaGoGama’ first and then let the attackers to proceed towards the Galle Face main agitation site.

“Do not fear! On behalf of the legal fraternity and the BASL we will stand by the Aragalaya and its supporters at any given time,” he further said.

Extending the support of Samagi Jana Balawegaya (SJB) to the movement Opposition Leader Sajith Premadasa said a peaceful protest, which was conducted almost over one month was brought to a chaotic end by the attack launched on the Aragalaya by the Rajapaksas as part of the former Prime Minister’s farewell party.

Rev. Father Jeewantha Peiris speaking at the conference said state sponsored terrorism is underway at present where each and every activist and protester is being subjected to police intimidation.

“Today I came to this conference after attending my third court case. The police who questioned me showed a series of photographs of our activists and asked whether I knew them. Since, I call all these boys as ‘Putha’ I told the police that I never knew them by name,” Fr. Peiris said.

Former JVP MP Sunil Handunnetti said a leader rejected from the people is currently ruling the country with only three things in hand, which is the Cabinet, a section of the Parliament and his Presidency.

“We demand Ranil Rajapaksa to not to use the Prevention of Terrorism Act (PTA) as a tool to repress peaceful protesters of this country, who took to the streets over hunger and poverty,” he said.

IUSF representative Lahiru Lakshan said even at the moment this conference was being held their Convener Wasantha Mudalige is being detained inhumanely and grilled by the police in Tangalle. “We demand the authorities to withdraw this brutal law of PTA, which the rulers use to suppress the people,” he said.