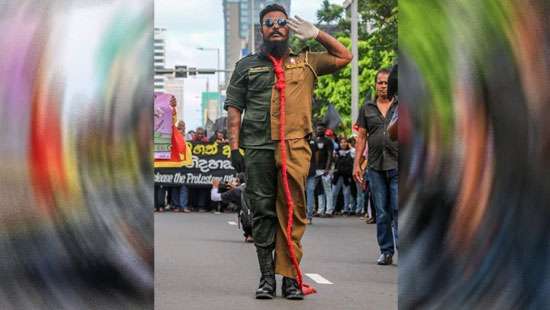 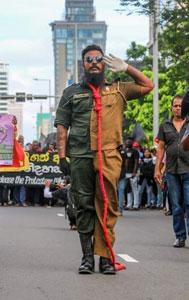 PinA 35-year-old activist was arrested by the Salve Island police for wearing a costume aiming at insulting the uniforms of the Sri Lanka Army and the Police during demonstrations at the GotaGoGama at the Galle Face Green, the Police said.

They said the suspect was a resident of the Chilaw area and will be produced before the Fort Magistrate tomorrow.