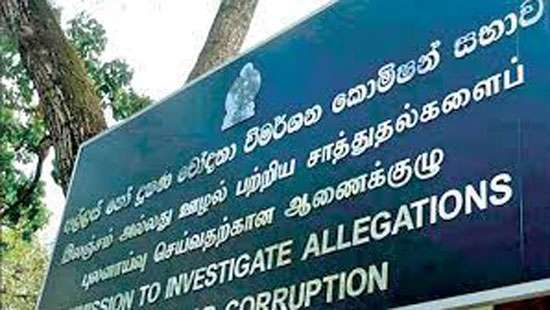 The Bribery Commission has filed indictments in Colombo High Court against Health Minister Keheliya Rambukwella and two others for allegedly causing an unlawful lose to the government after purchasing GI pipes using Sri Lanka Rupavahini Corporation’s (SLRC) funds during the 2015-Presidential Election.

The Commission to Investigate Allegations of Bribery or Corruption had filed indictments against Minister Rambukwella, former SLRC Director General Chandrapala Liyanage and former SLRC Chairman Wimal Rubasinghe under section 70 of the Bribery Act.

The Bribery Commission alleged that three accused in the case had incurred a loss of Rs.990,000 to the SLRC after unnecessarily purchasing 600 of GI pipes on or around December 2, 2014. (Lakmal Sooriyagoda)