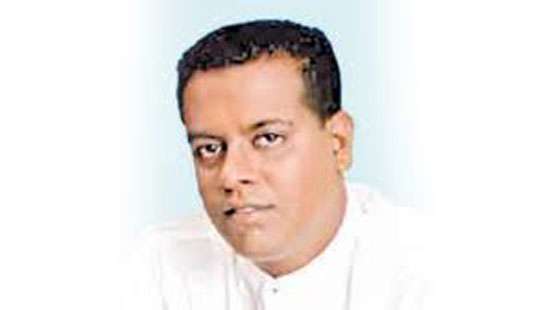 The Colombo Fort Magistrate today issued an order directing the CID to conduct an investigation into a contemptuous statement alleged to have been made by Puttalam District Parliamentarian Sanath Nishantha.

Colombo Fort Magistrate Thilina Gamage ordered the CID to examine the video footage of a press conference attended by Sanath Nishantha in order to determine whether remarks made by the parliamentarian are detrimental to the judiciary.

President's Counsel Upul Jayasuriya appearing for the victims of the Galle Face protest alleged that Parliamentarian Sanath Nishantha had recently made a statement criticising the judicial process.

Meanwhile, parliamentarians Sanath Nishantha and Milan Jayathilake and leader of Nawa Sinhale National Organisation Dan Priyasad were ordered to surrender their mobile phones to the CID in connection with the connection with the incidents that took place at Temple Trees and Galle Face on May 9.

The CID alleged that the three suspects have still failed to hand over their mobile devices to the CID in compliance with a court order. The Magistrate severely advised the suspects to be adhere with court orders and warned that bail could be cancelled if they failed to comply with the court orders. (Lakmal Sooriyagoda)