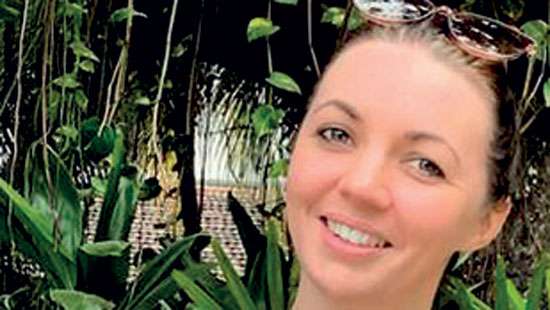 Immigration says they never probed her for backing the Aragalaya, but for violating her visa status 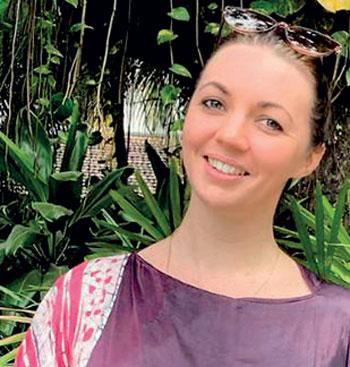 President Ranil Wickremesinghe has ordered to remove the British Instagrammer Kayleigh Fraser, who was in the centre of a controversy for backing the Galle Face Aragalaya through her social media platforms, from Sri Lanka with immediate effect, the Immigration Department said.

A senior official at the Department of Immigration and Emigration told the Daily Mirror that the President who is also being the subject Minister had signed for papers last week to remove the British tourist from the country. Fraser who had been approached by a group of Immigration officials at her residence in Battaramulla on August 2nd had been informed to surrender her travel documents to the department for an inquiry and to report to its head office within seven days to conduct an inquiry.

A live video aired by the foreigner showed how the arriving Immigration officials inquiring after her at her residence, which went viral on many platforms and created controversy that the state officials are trying to arrest a tourist for merely documenting events of the Galle Face Aragalaya through her Instagram and Facebook.
When Fraser arrived at the Immigration head office on August 11th to face the inquiry a statement was recorded from her and the officials gave her a deadline to legally leave Sri Lanka on or before August 15th.    She had then however filed a writ petition at the Appeal Court asking to invalidate the Immigration Department’s order saying she wishes to remain in the country further more. The CA however dismissed this petition straight away saying she had no grounds for such a request.

However, as soon as this order was passed Fraser was reported to have gone missing and is apparently evading arrest, the Immigration sources said.

According to Immigration sources, Kayleigh Fraser had arrived in Sri Lanka in 2019 citing medical reasons. She had stated that she was suffering from back pains in her medical reports submitted with the visa application and had sought indigenous medication.  The officials when they conducted these recent investigations had found that the foreigner had never taken such medication for herself as requested in the visa but had instead engaged herself in various promotional works of medicines and her services as a therapist in psychology, adult relationship issues, drug addiction etc.
She had used a website to promote these services and introduces herself as an expert of mental health nursing and as a healer.

The senior official said that this was the reason that she was asked to leave Sri Lanka as she had violated her visa conditions and that it was untrue that they were investigating her for her involvement in the Galle Face Aragalaya.    The President who is also being the subject Minister in charge of the Department of Immigration and Emigration has the sole authority to remove a foreigner from Sri Lanka under the powers vested in him under clauses 28 /2 and 28 /4 of the 1948 No.20 of Immigrants and Emigrants Act and Amendments.

The Immigration Department requested the general public and the police to assist them find the missing tourist in order to remove her from the country. Immigration Deputy Controller M. G. V. Kariyawasam and a team are conducting further investigations.