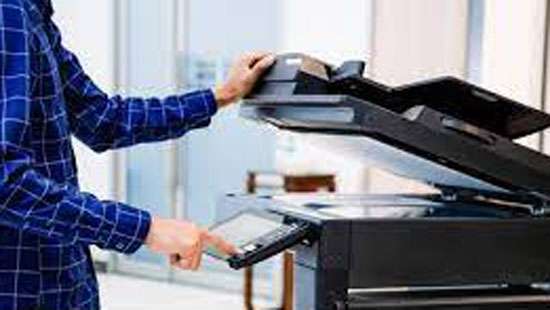 Due to an unfair increase in the electricity tariff, the All Ceylon Communication Owners' Association (ACCOA) has decided to increase photocopy and printout rates by Rs.5.

ACCOA chairman Indrajith Perera told the media that they are in a critical situation providing the service with the recent power cuts.

The price of a bundle of photocopying paper has gone up to a staggering Rs. 3,200 from as low as Rs. 580. But we made photocopies for the minimum amount. However, with this electricity bill amendment, we have decided to increase the rates.

In addition, we must expand all other communication services, such as computer printouts.

“We do not want to land the burden on our customers, but these rulers are acting like dictators. They never understand the plight of the small time business people like us,” he said.

The ACCOA chairman blamed the Public Utilities Commission of Sri Lanka (PUCSL) Chairman Janaka Rathnayake for allowing the electricity bill to be increased to a massive 75% starting today.

“As he claimed, the mafia and the colossal expenses at the Ceylon Electricity Board (CEB) have incurred losses. This should not be passed on to the people of the country. The PUCSL chairman should have an opportunity to make the CEB profitable by promoting renewable energy,” Perera said.

There is no increase to the people's salaries and earnings, but their expenses are rising day by day. Therefore, Perera requested the CEB unions to reveal the truth behind the loss incurred by the board and who is standing on the CEB's progress to adopt renewable power sources instead of forcing the change in parliament.

Therefore, Perera requested the people to hoist a black flag in every household to oppose the government's decision to increase the prices of all essential commodities and utilities. (Chaturanga Samarawickrama)