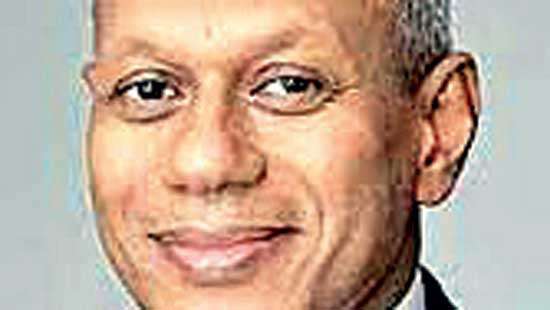 By Indika Sakalasooriya
Sri Lanka could stoke another crisis if the authorities chose to restructure the rupee-denominated domestic debt, as it could have severe implications on the country’s banking sector, thereby endangering the entire financial system, a top asset manager in the country said. 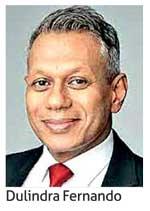 PinLast week, President Ranil Wickremesinghe told a conference in Colombo that Lazard, the financial advisor Sri Lanka has hired to restructure its debt after it defaulted on its foreign loans in mid-April, is looking at both the foreign and domestic debt of the country.

Although Wickremesinghe didn’t specifically say that Sri Lanka had decided to restructure its domestic debt, he said such a move “will have far-reaching consequences”.

He fears that such a move could create a banking sector crisis on top of the economic crisis Sri Lanka is currently suffering from.
“It would deepen Sri Lanka’s economic crisis, and spread the crisis across the rest of the economy to the smallest denomination,”
he cautioned.

“It would also undermine Sri Lanka’s domestic banking sector credibility and prompt defaults across the economy. It could delay the recovery process by years,” he added.   Sri Lanka’s banks are already under stress from multiple rounds of debt moratorium, losses from foreign exchange positions and slowing private credit in the country.

According to Fernando, the government should take immediate actions to prevent further instability in the sector.
He further pointed out that a rupee-denominated domestic debt restructuring is unnecessary since Sri Lanka does not face a shortage of rupees as with dollars.

“Rupee deficits can be funded by printing cash rather than postponement, haircuts of capital or clipping of interest rates.”

However, Fernando said he is for restructuring all foreign debt of the dollar-starved island nation, including the dollar-denominated Sri Lanka Development Bonds (SLDBs), of which a large chunk is held by the local banks.  Major domestic banks also have sizeable exposures to Sri Lanka-issued International Sovereign Bonds (ISBs). Hence, to protect the local banks’ interests during the foreign debt restructuring exercise, Fernando proposes that the government should consider extending the term (reprofiling) of all ISB capital repayments, with maturities up to 2025, by a decade to push repayments beyond 2030 when Sri Lanka’s ISB obligations end.

He also proposes to postpone coupon payments by three years beyond 2025 and avoid imposing a ‘haircut’ (debt reduction) on the principal due for repayment.

“The Central Bank could consider the exact same measure for SLDBs to settle the ISB holder disputes. Such a postponement will help avoid recording capital losses in the accounts of banks,” he remarked.

He also pointed out that the basis of the US-based Hamilton Reserves Bank to initiate legal action against Sri Lanka in the New York courts was Sri Lanka’s unwillingness to restructure its dollar debt obligations to domestic investors, i.e., SLDBs.