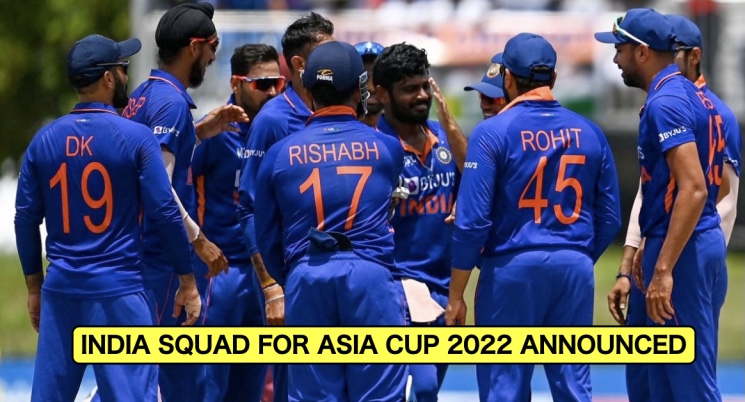 Pin
The Board of Control for Cricket in India (BCCI) announced India’s Squad for Asia Cup 2022 on Monday. Rohit Sharma will be leading team India in the mega event which is all set to commence in the United Arab Emirates (UAE) on August 27 this year. The final of Asia Cup 2022 will be played in Dubai on September 11.

The BCCI, on Monday, announced India’s squad for this year’s Asia Cup. Jasprit Bumrah has been ruled out of the squad due to a back injury. KL Rahul will be the vice-captain of the Indian cricket team in the Asia Cup 2022. Rishabh Pant and Dinesh Karthik are the two wicketkeepers on the side.

In a video which has now gone viral, the former…

Next time I see anyone complaining about the standard of…

Things turns ugly after a heated Conversation between Pakistan’s Asif…