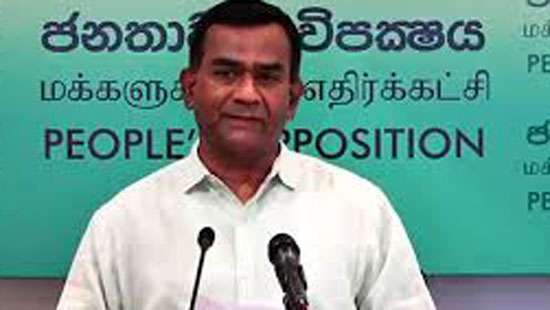 SJB National Organizer Tissa Attanayake and MP S. M. Marikar told a press conference that their party had informed President Ranil Wickremeisnghe that they are not going to participate in an all-party government but will only support a programme compiled by all political parties.

“We don’t intend to take up ministries but are only prepared to participate in a national programme compiled by all political parties,” Mr. Attanayake said.

“However if the President insists that parties have to accept ministerial portfolios, that could be an attempt to fragment the political parties,” he added.

He said SJB had informed the President that it would participate in an all-party programme only if opposition members are appointed as Heads of Committee on Public Enterprises (COPE), Committee on Public Accounts (COPA) and Public Finance Committee and if emergency laws are repealed. “ We have also informed the President that the clause in the 22nd Amendment to the constitution which says the majority of members in the constitutional council will have to be elected by a majority in Parliament should be abolished,” he added.

“We are not expanding the cabinet by offering ministerial portfolios to all parties,” Mr. Marikar said. (Yohan Perera)