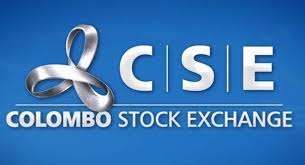 President Ranil Wickremesinghe yesterday raised concerns about the manner in which the country’s capital market, the Colombo Stock Exchange (CSE), operates, and asserted the need for the entire system to change.

He said that shares of State-Owned-Enterprises (SOE) will not be listed on the Colombo bourse as a part of restructuring efforts as it is controlled by a few investors.

Highlighting the market manipulation that takes place at the CSE, Wickremesinghe stressed he would not list the SOEs on the CSE so that a few investors can benefit from such a move.

“Now can I put an SOE shares on to that?” said Wickremesinghe while questioning the credibility of the stock market operations in Sri Lanka.

The President called for changes to take place at the CSE, failing which he said a new institution will be set up.
“I don’t want any arguments on that. If we are to use the present stock exchange, we all should be satisfied that it is neutral and will benefit all,” asserted Wickremesinghe.