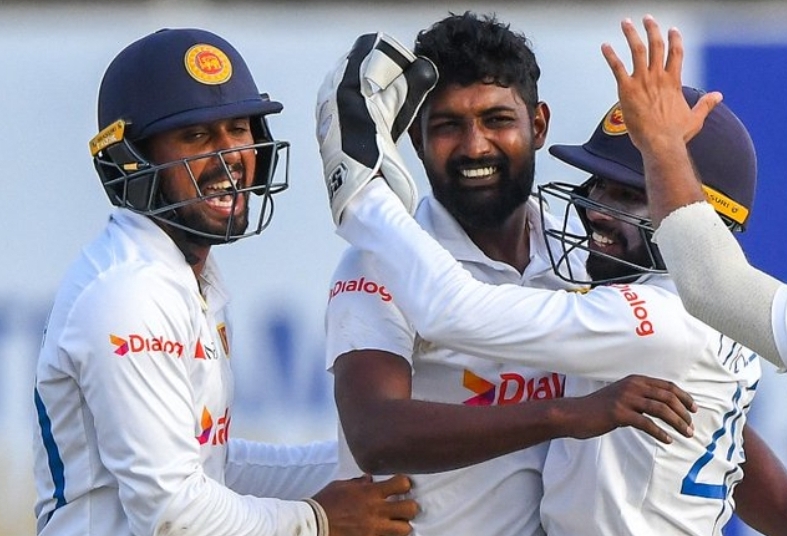 An English batting superstar, an emerging Sri Lankan spinner and a young French star have been shortlisted for the ICC Men’s Player of the Month for July 2022.

The winner of the June 2022 ICC Men’s Player of the Month, Jonny Bairstow, started the month of July in the same vein. He played a key role in England winning the rescheduled fifth Test against India, playing two aggressive knocks.

A new spin hero emerged for Sri Lanka, as left-arm spinner Prabath Jayasuriya had one of the most memorable debut Test matches. The spinner registered figures of 6/118 and 6/59 as Sri Lanka roared back against Australia in Galle to level the series. His exploits helped the hosts beat the visitors by an innings and 39 runs.

His form would continue in the series against Pakistan. Despite Sri Lanka succumbing to a defeat in the series opener in Galle against Babar Azam and Co, Jayasuriya was the most threatening bowler for the hosts, with figures of 5/82 and 4/135.

In the second Test against Pakistan, Jayasuriya clinched his fourth five-wicket haul in only three Test matches. After 3/80 in the first innings, he registered figures of 5/117 in the second innings, as Sri Lanka romped home to a 246-run victory to level the series.

The teenage French star has made a sensational impact in international cricket, after his debut in the Europe T20 World Cup 2024 Sub-Regional Qualifiers. In his debut match against the Czech Republic, the 18-year-old made 76 off only 54 deliveries. What was to follow was even more special.

The Board of Control for Cricket in India (BCCI) announced…

Yupun Abeykoon becomes the first Sri Lankan to claim a…