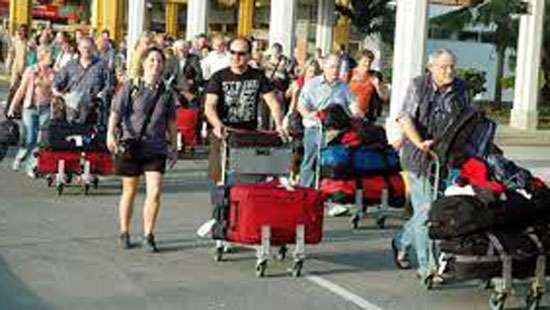 Tourist arrivals to Sri Lanka edged up to 47, 293 in July compared to 32, 856 arrivals in June, though down from the peak of 106, 500 arrivals in March, just before the start of the unraveling of the political unrest triggered by the economic crisis, the worst in Sri Lanka’s post-independence history.

India accounted for the highest number of tourist arrival since July with 6, 031 Indians visiting Sri Lanka during July. Germany came up second with 3, 666 tourists and France in third place with 3,567 arrivals.
Over 1, 900 visitors from the Russian Federation visited Sri Lanka during July.

According to Central Bank data, Sri Lanka received just US$ 59.1 million from tourism in June, slightly up from US$ 54.3 million earned in May, but less than a third from US$ 191.5 million generated in March.
With the June numbers, Sri Lanka had earned a cumulative US$ 739.8 million from tourism from a total of 411,377 visitors in the first six months of 2022.