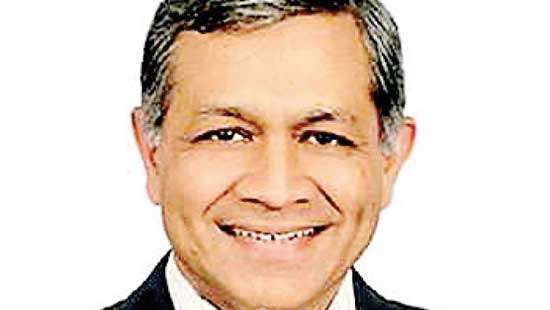 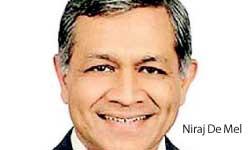 The Sri Lanka Tea Board (SLTB) along with industry stakeholders seeks a well-coordinated and synergised mechanism from the government to resolve the fuel and agrochemical shortages threatening Sri Lanka’s tea production and industry sustainability.

In the absence of weedicides, fungicides and other necessary agrochemicals, planters are battling to maintain the tea yields.

“We have not weeded for over a year. As a result, there are millions and millions of seeds in the soil. Even if we manage to remove the weed, it’s going to be a massive task to get rid of these seeds in the soils in years to come,” a spokesperson for the Planters’ Association of Ceylon (PA) told Mirror Business.
Although, Cabinet approval was granted last month to lift the import ban on popular weedicide glyphosate for the next three years for the use on plantations, SLTB Chairman Niraj De Mel outlined that the policy decision is yet to be implemented.

He shared that the SLTB is currently working on securing some glyphosate stocks retained with authorities, to release them to tea planters on an immediate basis.  The Ceylon Petroleum Corporation (CPC) has the monopoly in importing glyphosate for permitted industries such as tea and rubber.

However, CPC is struggling to import fresh glyphosate stocks due to the foreign exchange crisis. Therefore, SLTB has sought the permission from the government to allow private sector players to import required glyphosate stocks. In addition, planters and producers are also struggling to secure agreed fuel quotas for tea production through Sri Lanka Transport Board (SLTB) depots.

According to De Mel, CPC officials are refusing to issue agreed fuel quotas for the industry due to miscommunication and misinterpretation of government instructions, as they don’t recognise plantation sector as a prioritised sector.

The tea industry led by SLTB has also proposed the Central Bank to allow planters and producers to purchase required fertilisers, agrochemicals and fuel with the use of export proceeds.

However, De Mel noted that Central Bank is yet to positively respond to the proposal as the current regulations under the Monetary Law Act don’t have provision for planters and producers to access export proceeds to source required inputs.

De Mel pointed out that the Central Bank and the government must be lenient to accommodate the requirements of the industry in order to avoid a massive crisis that could paralyse the Ceylon Tea exports.

On a positive note, SLTB launched a low interest loan scheme for both regional plantation companies and tea smallholders last month to purchase the required fertiliser to increase their production. So far, planters have secured Rs.1 billion funding to purchase fertilisers while another Rs. 1 billion is set to be disbursed in the coming weeks.

Tea planters and producers are also facing rising cost of production due to the current economic crisis. The PA official noted that input costs have increased by three to four folds over the past couple of months without factoring fertiliser costs.  Although, the rupee depreciation has allowed planters and producers to compensate some of these cost increases, he pointed out that it’s not merely sufficient.

The RPCs also face additional costs as more people are returning to estates from urban areas after losing jobs due to the current economic crisis.

Tea production started to decline from last November due to the short-lived ban on chemical fertiliser and agro-chemicals. The industry saw a loss of 18 percent in output into six months of the year.

If the government comes up with a well-coordinated and synergised mechanism to resolve current industry issues, De Mel said he is hopeful of reviving the tea output close to last year’s.

However, planters remain skeptical on such a quick revival. While urging for quick action from the government, the PA official stressed that the industry has reached its tipping point.

“Even without fuel and fertilisers, we sustained the industry and livelihoods of people navigating through ad hoc policy decisions of the government, impacts of the pandemic and input shortages.

We have been very resourceful and resolute in terms of managing the industry, they (government) should not take it for granted,” he stressed.