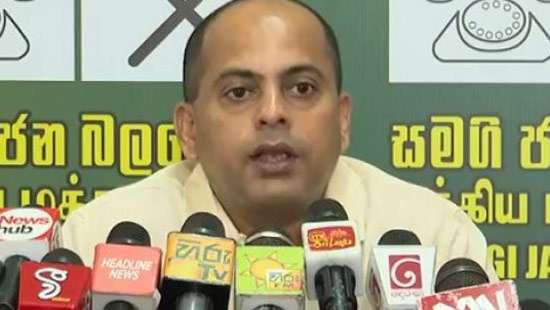 The Samagi Jana Balawegaya (SJB) will support a multi party or an all party government if it is properly formed and an acceptable program is pursued to revive the present crisis faced by the nation today, an MP representing the party said today.

SJB MP S. M. Marikkar told a press conference today that his party has no issue in supporting an all party or a multi party government if it is properly formed and run according to a certain program aimed at resolving the present crisis faced by the government.

“We will support a multi party government formed after a proper discussion with all parties but will not be in a position to support a government formed by wooing MPs belonging to various parties. We are prepared to play a role in parliamentary committees rather than accepting any ministries,” the MP said.

“We are concerned  on a political reforms more as the economic policy of SJB and UNP does not have much difference,” he added.

Also he said SJB MP Field Marshal Sarath Fonseka is engaged in an unnecessary exercise by calling for a protest on the 9th of this month.  (Yohan Perera)