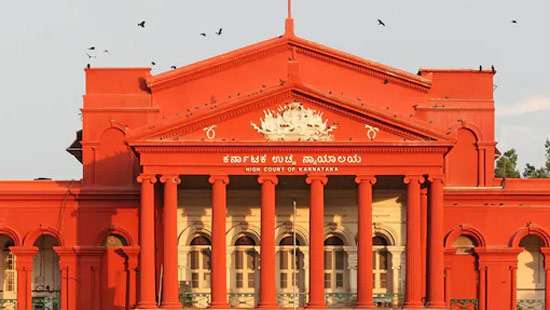 The Karnataka High Court has issued notices to the union and state government over the alleged detention of Sri Lankan citizens in the central prison at Parappana Agrahara in Bangalore, India.

A Public interest litigation (PIL) on behalf of 25 persons was filed by the Karnataka State Legal Services Authority (KSLSA), which was heard by the division bench headed by the Acting Chief Justice Alok Aradhe on Monday.

During a visit to the Central Prison, the member secretary of the KSLSA found that 38 Sri Lankan nationals including the 25 named in the PIL were allegedly illegally detained there, according to the PIL.

The PIL claims that this detention is ’illegal’ and a violation of human rights, and sought that these people be transferred to detention centres.

The Mangaluru police had, based on information that these 25 Sri Lankan nationals were illegally staying in the Seaport Guest House without proper documents and passports, filed cases against them under various sections of the IPC, it was alleged. (PTI)