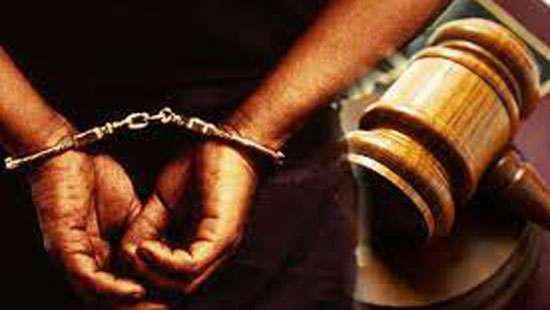 The first person, who forcibly entered the Presidential Secretariat on July 9 was remanded till August 5 after being produced before Colombo Fort Magistrate.

Producing the suspect before Colombo Fort Magistrate Thilina Gamage, the Slave Island police alleged that the suspect was arrested for committing number of offences including criminal trespassing, intimidating police officers with a knife and causing damages to the security fence.

Police further alleged that the suspect's unruly behavior had provoked the other protesters to enter the Presidential Secretariat breaking the police barricades.

The suspect is to be produced before an identification parade on next date. (Lakmal Sooriyagoda)