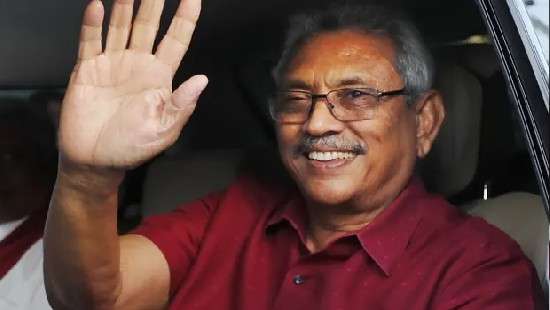 A private jet has landed in the Maldives capital Male a short while ago and President Gotabaya Rajapaksa is all set to depart the island country for Singapore, the Daily Mirror learns.

Rajapaksa, his wife Ioma Rajapaksa and two security officials were to board a Singapore Airlines flight last night from Male to Singapore but did not go ahead as scheduled due to security concerns.

Rajapaksa had then requested for a private jet to depart the Maldives and discussions had begun by the Maldives authorities late night.

The Daily Mirror learns that the jet arrived at the Velana International Airport a short while ago and Gotabaya Rajapaksa will depart the Maldives in a short while.

The President is expected to announce his resignation after he reaches Singapore later today. (JAMILA HUSAIN)