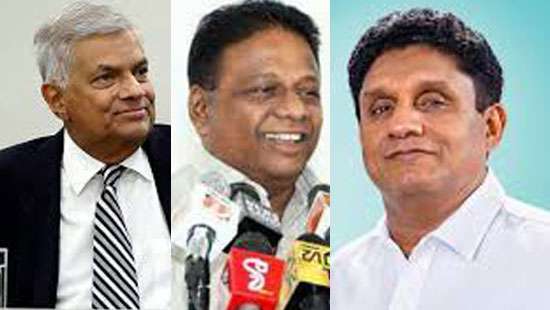 A three-pronged battle is set to take place for the selection of the next president by approval of Parliament on July 20, Daily Mirror learns.

The presidential post fell vacant prematurely in Sri Lankan history one occasion – the assassination of President R. Premadasa on May 1, 1993 . It is now slated to be vacant after the resignation of President Gotabaya Rajapaksa as already announced by him.

Parliament will take a secret ballot on July 20 to elect the new president. Daily Mirror learns that Mr. Wickremesinghe will contest for the post to serve the rest of the current presidential term. A section of the SLPP is planning to back him. Another faction of the SLPP including the ten-party alliance supports Mr. Alahapperuma. Earlier, the SJB announced that Mr. Sajith Premadasa will be its candidate.

The candidates who get more than 50 percent of valid votes will become the president. Unless any of the contestants cross the 50 percent mark, the preferential votes marked by the MPs will be counted.

According to informed sources, the JVP has taken up the position that a neutral MP with no future electoral ambitions should be appointed next president. The party says Speaker Mahinda Yapa Abeywardane should be appointed. The JVP believes the appointment of a political leader with future presidential ambitions will work for the interests of his party with the next election in mind. (Kelum Bandara)