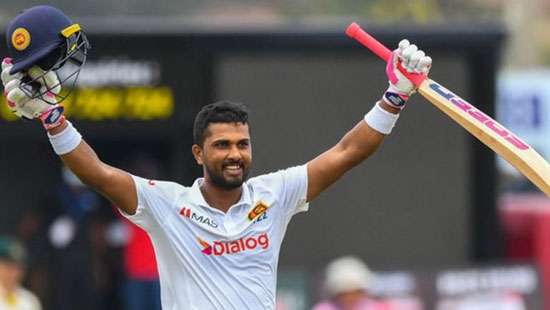 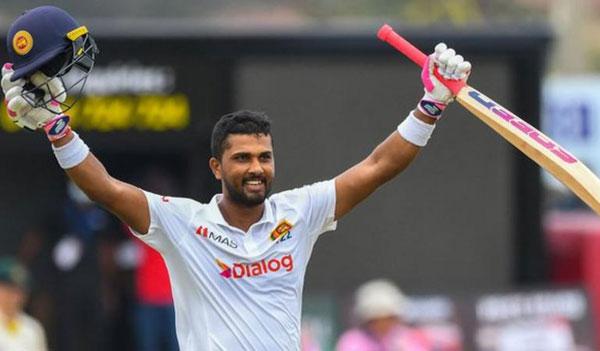 Sri Lanka crushed Australia by an innings and 39 runs inside four days of the second Test to draw the series 1-1.

Dinesh Chandimal hit a sublime unbeaten 206 as the hosts made 554 in Galle to take a first innings lead of 190.

Australia reached 52-1 at tea but then crumbled to 151 all out as Sri Lanka spinner Prabath Jayasuriya took 6-59 to finish with match figures of 12-177.

It is Sri Lanka head coach Chris Silverwood's second Test series in charge since taking over in April.

Silverwood left his role as England head coach in February after the heavy Ashes defeat in Australia.

He batted expertly with the tail on day four to add another 123 runs to his side's total and finish with his career-best score, giving Sri Lanka a big enough lead that they could push for an innings victory.

Australia posted 364 in the first innings following an unbeaten 145 from Steve Smith and 104 from Marnus Labuschagne.

But this time the tourists' batting failed, with Smith falling for a duck to slow-left armer Prabath and Australia losing their final six wickets for only 39 runs, leading to joyous celebrations among the Sri Lanka staff and fans.

Hundreds of protestors marched around the Galle International Stadium on day two of the match, demanding the resignation of president Gotabaya Rajapaksa.

Rajapaksa has subsequently confirmed he will resign after tens of thousands of protestors stormed his official residence in Colombo on Saturday.

Australia won the first Test by 10 wickets, after a 3-2 defeat in the one-day international series and a 2-1 win in the Twenty20 series.

Australia Test skipper Pat Cummins said the tour and their previous tour of Pakistan had given his players a new perspective.

“We spent two years basically stuck at home during Covid and our last two tours had been to Pakistan where we hadn't toured for 20-odd years, and now Sri Lanka in the middle of a country in crisis,” said Cummins.

“We've got protests round the ground, it really hits home how lucky we are to be travelling the world but also in some ways it's more than just being here to play cricket, you can see the impact it can have.

“You could hear when it changed from protests into a party.” (BBC)