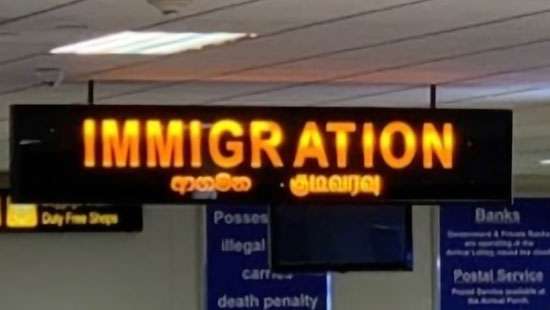 The Sri Lanka Immigration and Emigration Officers' Association (SLIEOA) has decided to withdraw from functioning at the Silk Route Passenger Clearance Terminal at the Bandaranaike International Airport (BIA) from this morning until further notice.

SLIEOA President K.A.A.S. Kanugala said the decision was made considering the current unstable and crisis situation in the country and the strong possibility of a large numbers of accused former political VIPs using this Silk Route Clearance Terminal to leave the country.

Accordingly, the operations at the Silk Route Passenger Clearance Terminal were stopped at 12.00 midnight today.

The VIPs can arrange their flight facilities by paying money at the BIA through the Silk Route. (Chaturanga Samarawckrama and T.K.G. Kapila)