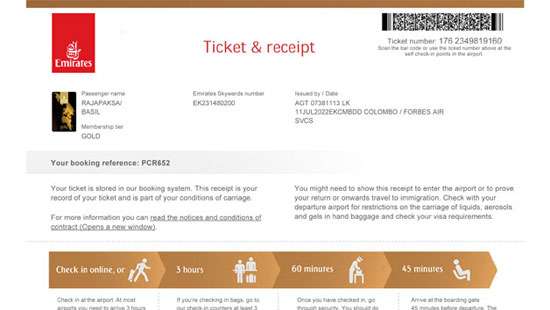 After the attempt by former Minister Basil Rajapaksa to leave the country through the Silk Route Passenger Clearance Terminal was foiled, several details of his immediate airline ticket purchase were also brought to light.

According to information from the Emirates Airlines, a first class GOLD Membership tier ticket was issued for him to travel to Washington from the Bandaranaike International Airport (BIA).

As per details given in the ticket, his first destination was the Dubai International Airport (DXB) from Colombo (CMB). The check-in time was given at 00.15 last night (12) and the departure was at 3.15 am last morning. The first destination to DXB was scheduled to touch down at 6.00 am on the same day.

The second flight would take off from Dubai at 02.25 yesterday and scheduled to land at Dulles International Airport in Washington at 8.45 am today.

However, another ticket was found booked on the same airline to reach Colombo on March 2, 2023, from Washington.

A sum of 5.3 million (LKR 5,302,700) was paid in cash for up and down airfare, which is a Flex Plus fare. Flex Plus fare is a totally flexible and unrestricted fare.

According to the ticket fares on Emirates official website, it could see that some fares are same at over 5 million LKR. However, the ticket fare varies day to day based on currency valuations. So Emirates first class ticket fare for yesterday was over Rs.5.3 million. (Chaturanga Samarawickrama) 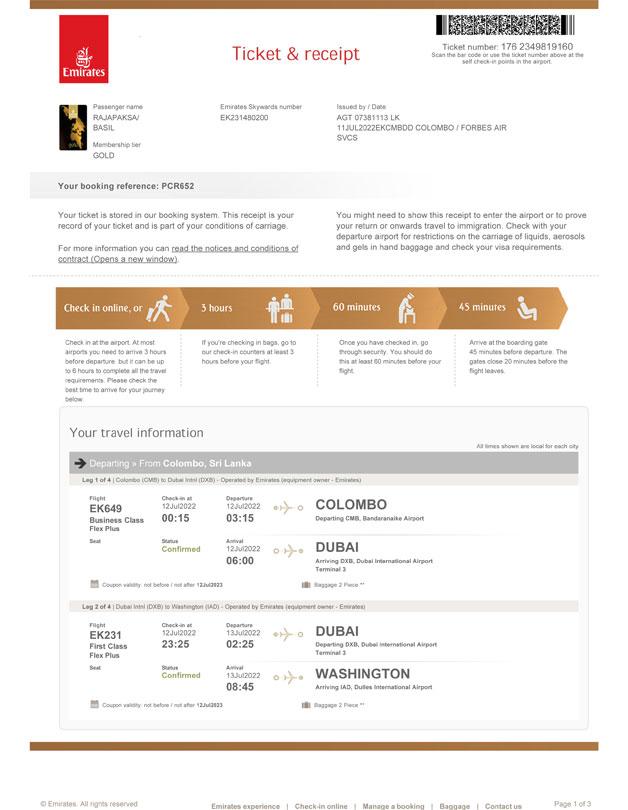 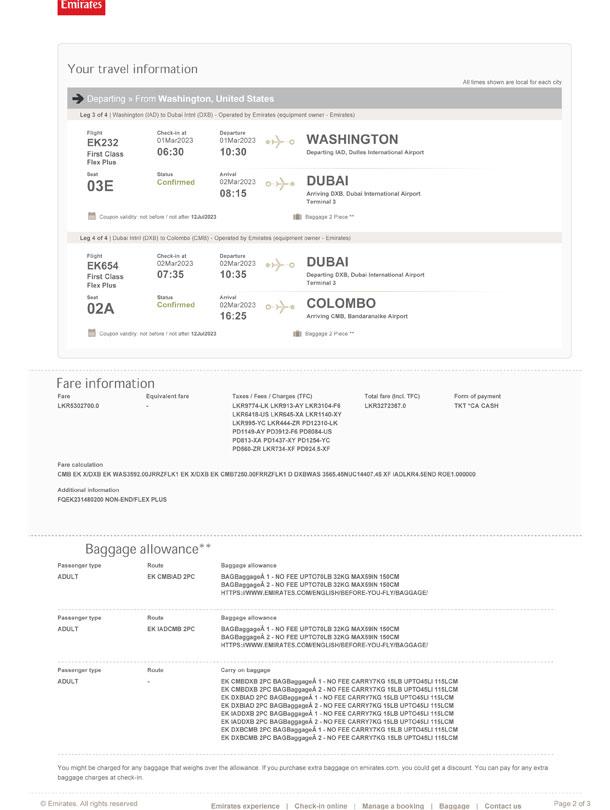 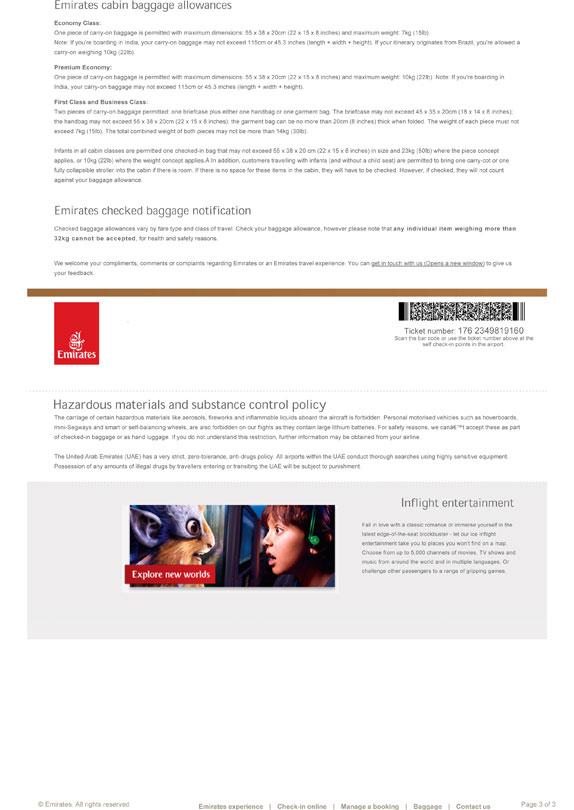