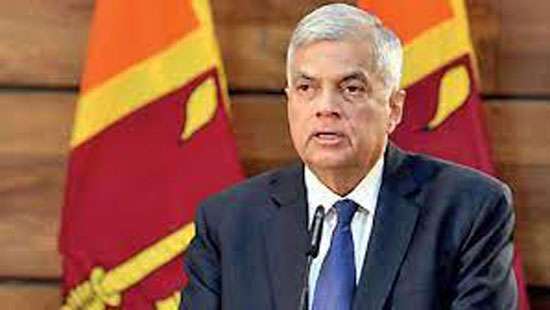 The government should work within the constitutional framework and no one can go beyond it or dictate Parliament, Prime Minister Ranil Wickremesinghe said today.

Also he said a provocation that took place following a false message which ran in social media led to the arson attack on his private residence.

“I was at home in that afternoon following some meetings when the police advised me to leave my private residence as some of those who were returning from the protests happen to pass my home. I therefore left my residence with my wife. My residence was burnt and I have lost some valuable goods I had. These comprised books which were written on the Portuguese and Dutch era in Sri Lanka. All these books except for one has been burnt. Also I have lost some valuable paintings done by the British soon after they occupied Sri Lanka, There was one painting of King Wimaladharasuriya meeting a Dutch Ambassador. Maithree and I decided to donate those valuable books to Royal College, Predadeniya University and other institutions. There was a background to the attack,” Mr.Wickremesinghe said. (Yohan Perera)