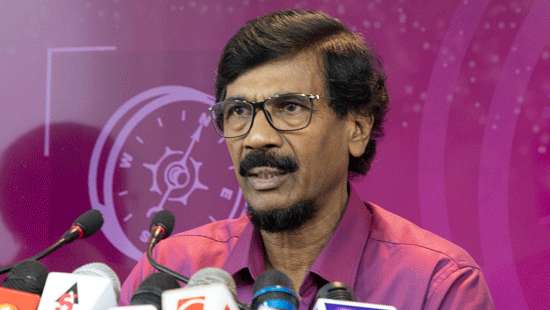 Claiming that the country is plunging deeper into unredeemable quagmire, day by day, the Janatha Vimukthi Peramuna (JVP) said today people had no solution now, but to expel this government.

JVP General Secretary Tilvin Silva told a news conference that the government including the President and the Prime Minister should be expelled so as to form a new government which is capable of developing the country.

“There is no other option to resolve people's issues. In other countries, the leaders are humble enough to relinquish their positions during a crisis like this. Our leaders are adamant to hang on to their positions even at a cost of people's lives. Therefore, people need to keep the struggle alive until the government is unseated,” he said.

Mr.Silva said people have been struggling for a long time and added that the JVP would extend its fullest support to the massive struggle organised by the Galle Face protesters tomorrow.

He said the government is attempting to suppress the struggle instead of finding solutions to the issues that led to the struggle.(Ajith Siriwardana)