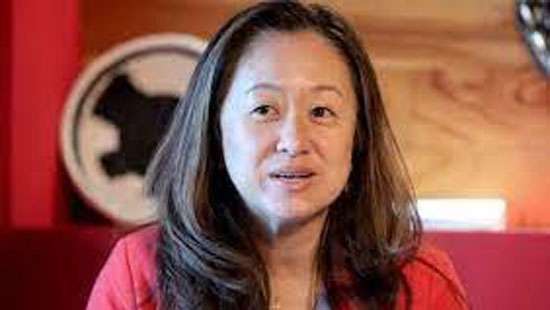 U.S. Ambassador Julie Chung said yesterday it is inaccurate that some countries are waiting for the change of government to offer aid or assistance to Sri Lanka.

In an interactive session with a select group of journalists at her residence, the ambassador said there had been misinformation that the international community was holding back aid or assistance at this time of need for Sri Lanka.

“I have said the U.S. supports Sri Lanka people. Most countries say that. Our support is not dependent on who is sitting in the presidential chair or the prime minister’s chair,” she said.

Emphasising the need for good governance, positive reforms that reflect the voices of people, and transparency, she said the US- Sri Lanka partnership is to address the needs of people.

“It is not the government or the ministers who stand in fuel queues. It is the poorest of the poor and the most vulnerable. Our partnership is to address the needs of people,” she said.

Responding to a question about the current situation, the ambassador said she was ‘very concerned’ about the economic crisis and the political situation. Asserting that political reforms and economic reforms are intertwined, she said they must go in parallel.

“You cannot just address immediate needs of fuel, economic challenges and debt but ignore political reforms. Despite the grave situation, it is an opportunity to bring up these parallel challenges and make parallel reforms. The U.S. has been a friend of Sri Lanka. Now we have not changed. We are friends of Sri Lankan people. We do not advocate or support any individual, single party or politician. We want to support Sri Lankan people. We want to see democracy thrive,” she said.

Referring to the economic crisis, she said the International Monetary Fund (IMF) was the only way for Sri Lanka since no international bank or government would lend to a country in debt restructuring needs.

Commenting on the recent visit of U.S. treasury officials, the ambassador said it was a mission to assess the ground situation here and discussed the sending of their technical advisors. She said the U.S. does not directly involve in talks between Sri Lanka and the IMF

Asked about the U.S. stand on Sri Lanka’s interest in getting fuel from Russia, she said her country had not imposed sanctions on third countries obtaining Russian oil.

Asked whether Sri Lanka stands another chance of getting financial assistance from the Millennium Challenge Corporation (MCC), she said it was really disappointing that it was not approved last time and otherwise, Sri Lankan people could have benefitted from the US $ 500 million grant. She said there was a lot of disinformation and manipulation of misinformation.

“There was an unprecedented level of misinformation,” she said. At this time, she said there is no consideration of another MCC compact for Sri Lanka.

“I hope someday in the future, there could be some consideration,” she said. (Kelum Bandara)