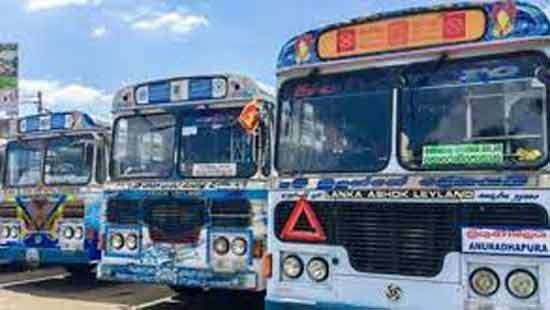 Private bus operators who are allowed to tank up at the depots of the state –run bus service indulge in pilferage of diesel to be sold in the black market for undue profits without using their vehicles for passenger transportation during the crisis time, Daily Mirror learns.

An informed source said the private bus operators are permitted to fill up at the state run fueling stations attached to the depots of the Sri Lanka Transport Board, but some of them misuse the facility to stock fuel privately to be sold at higher prices.

“Some bus operators queue up for diesel. Once they fill up, they move away to empty the diesel tanks of their buses into plastic cans. Again, they stand in queues to fill up. In this manner, they collect diesel to be sold in the black market. They don’t use such fuel for passenger transport services. This is a serious problem. This becomes obvious to anyone who compares the amount of diesel issued to buses and the number of buses plying on roads these days,” the source said.

Diesel is sold at prices as high as Rs.900 a liter in the black market, according to the source.

Asked about it, Transport Minister Bandula Gunawardane said he had taken steps in consultation with the Moratuwa University to develop a computerized system to monitor fuel issuance at the bus depots. He said once that was done, it would be easy to regulate fuel being issued to private bus operators. (Kelum Bandara)