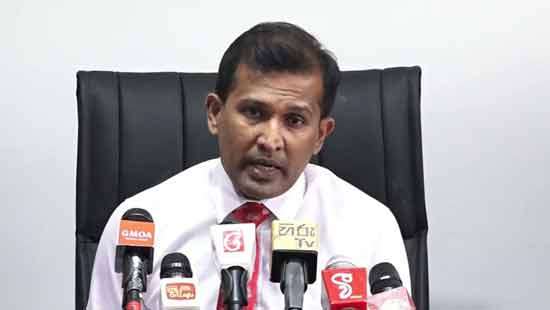 Addressing the media GMOA Media Committee Member Dr. Prasad Kolabage said certain medicinal drugs are not available in the local market. In this situation, people are trying to go to hospitals to get their medicines because they are unable to bear the cost of them.

“Most of the people who used to purchase medicines from private pharmacies are returning to government hospitals. They are also facing transport difficulties coming to hospitals, it is unfortunate to say that hospitals giving medicines have been limited. Previously, hospitals used to issue medicines that were sufficient for patients for a month, but now it has been limited to two weeks. The medicines used to be issued for two weeks, but is now limited to a week. Most of the doctors are forced to prescribe medicines to buy from pharmacies,” he said.

Most of the medicines and medical importers have withdrawn from importing due to financial crisis caused by dollar crunch and issues related to placing orders and transport issues. Certain importers have stopped importing medicines completely. These are the reasons for the current medicine scarcity in the country.

The transport issue has become a very serious issue when it comes to distributing medicine in the country. With the limited medical supplies in the other provinces, the doctors have to adopt a limit in issuing medicines. (Chaturanga Samarawickrama)