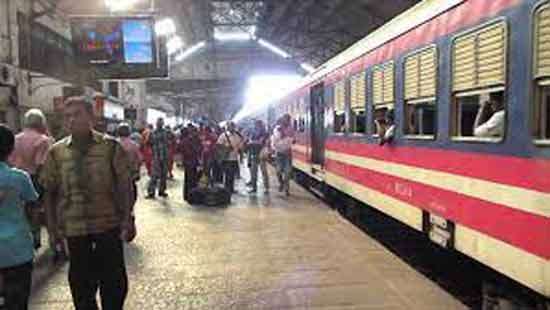 Only 50 out of 280 trains were operated today at the Fort Railway station as a result railway workers did not turn up for duties owing to severe fuel crisis, the Sri Lanka Railways Station Masters' Union (SLRSMU) said.

They said tension prevailed in many railway stations as the trains which were scheduled as per time table failed to arrive.

Also tensions flared up  at the Panadura railway station where the angry commuters turned riotous  and attempted to cause  damage to the railway properties. The situation was brought under control by the police.

However, a discussion was held between the Transport Minister, Ministry Secretary, Railways General Manager and Railways sub department officials, as well as several trade union activists. The discussion went on for nearly five hours at the Ministry.

During the discussion, the Ministry Secretary assured to draw a plan to deliver fuel for the railway workers.

Also, the trade unions promised to give their maximum support to stabilise the situation.

However, when the discussion ended, a unanimous decision has been reached to operate trains as usual tomorrow. (Chaturanga Samarawickrama)