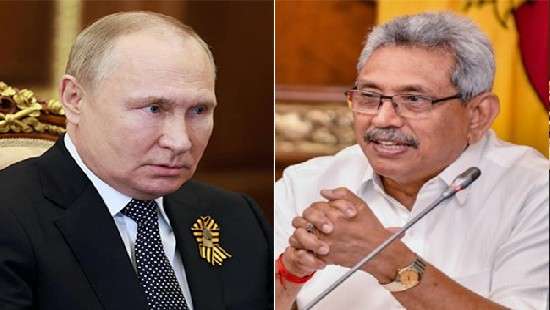 President Gotabaya Rajapaksa, in a telephone conversation with Russian President Vladimir Putin has requested for credit support to import fuel from Russia as the Sri Lankan government runs dry without any fuel shipment in sight till July 22.

In a message on his Twitter account, Rajapaksa said he had a very productive telecon with Putin during which he thanked him for all the support extended by his government to overcome the challenges of the past.

Rajapaksa said he also requested Putin an offer of credit support to import fuel to Sri Lanka in defeating the current economic challenges.

“Further I humbly made a request to restart Aeroflot operations in Sri Lanka. We unanimously agreed that strenghtening blilateral relations in sectors such as tourism, trade and culture was paramount in reinforcing the friendship our two nations share,” Rajapaksa said.