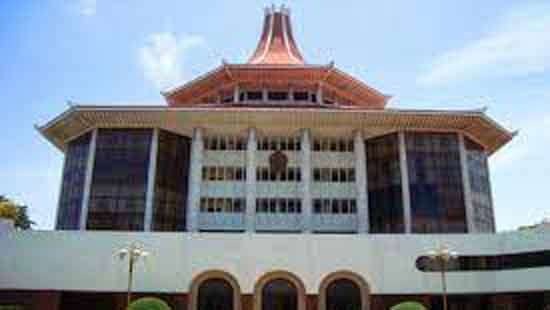 Several fundamental rights petitions challenging the Presidential pardon given to ex-soldier Sunil Ratnayake were today fixed for support by the Supreme Court.

Former army staff sergeant R.M. Sunil Ratnayake who was convicted and sentenced to death for the Mirusuvil murder case in 2000 had been released after he received Presidential Clemency.

Several petitioners including the Centre for Policy Alternatives (CPA) and its Executive Director Dr. Paikiasothy Saravanamuttu had filed these petitions naming Commissioner General of Prisons, the Minister of Justice, the Secretary to the President and the National Authority for the Protection of Victims of Crimes and Witnesses as respondents.

The Petitioners say the decision made by President Gotabaya Rajapaksa on March 26, 2020 to pardon Ratnayake is arbitrary, unreasonable, ultra vires and has not been done in the interest of the public.

R.M. Sunil Ratnayake, a staff sergeant attached to the Sri Lanka Army was sentenced to death by Colombo High Court Trial-at-Bar bench on June 25, 2015 after being found guilty for murdering eight civilians at Mirusuvil in Jaffna on December 19, 2000.

On November 27, 2002, the Attorney General indicted five accused on 19 charges in the murder of eight civilians in Mirusuvil of the Jaffna peninsula before a High Court at Trial-at-Bar in Colombo. The Trial-at-bar bench found former Staff Sergeant R.M. Sunil Ratnayake guilty for multiple counts including the murder.

Meanwhile, on May 20, 2017, Supreme Court five-judge-bench had also unanimously affirmed the conviction and the death sentence imposed on former army staff sergeant regarding this incident.