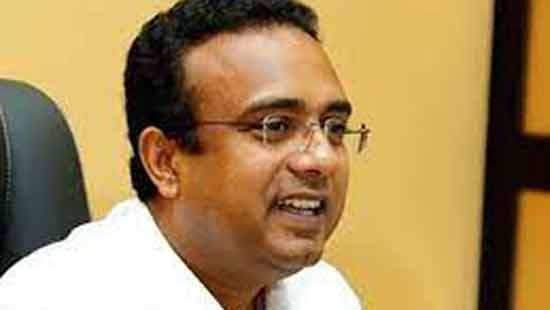 The Labour and Foreign Employment Ministry has decided to allow only those who have sent significant amount of dollars to the country through legal channels to return to work abroad.

At an event held at the Labour Ministry yesterday, Minister Manusha Nanayakkara said that the legislation will be enacted immediately considering the above matter, allowing them to go abroad again.

Thirty air tickets were awarded by the Minister during a ceremony at the Labour Ministry to a group of young women for domestic nursing jobs in Israel.

The Minister said that he is working to get the necessary cabinet approval to grant permission to import electric vehicles for those who sent a certain amount of dollars while  working abroad.

It was also stated that tax concessions for shopping at the airport duty-free shops would also be increased. Also permit them to enjoy concessions, including the construction of houses and initiating self-employment.

He emphasized that the concessions would be based on the amount of foreign currencies sent to the country.

“So far, 38 people have been sent under the programme to work as nursing helpers in Israel. “According to the Memorandum of Understanding (MoU) signed with Israel, 500 nursing workers are expected to be sent,” the Minister said. (Chaturanga Samarawickrama)