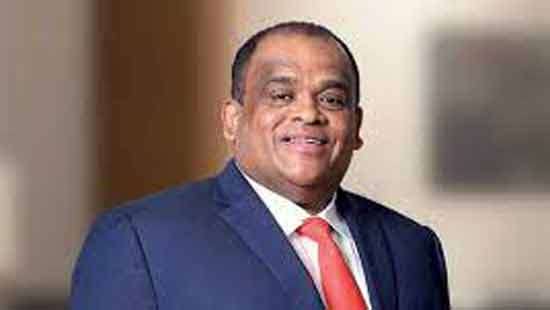 Investment Promotion Minister Dhammika Perera said Prime Minister Ranil Wickremesinghe should resign as the Finance Minister and from the post of Prime Minister immediately and the political game which he is playing needs to be stopped.

His call for the Prime Minister's resignation comes two days after Wickremesinghe, as the Finance Minister, submitted a proposal to cabinet to recover tax dues owed by casino operators and to bring in legislative amendments to give effect to proposed tax increases.

Dhammika himself owns a succeful casino empire in the country.

Addressing the media today, he said the PM had halted all the projects that could bring in dollars to the country.

“From today onwards, I have decided to prepare myself for the struggle. It has been seven days since I joined the government and I saw what has been going on here,” he said.

“I do have an issue with his PM post. As the Finance Minister, the PM should not walk around reciting people's problems at this time. The cabinet had given approval for the ten-year multiple visa, which was taken after completing all the relevant documents a month before. It's been a month, and the project is still stagnant in the Treasury. There is a habit of the PM to stop the project because it helps to bring dollars into the country. More than 50 people have come here to get the visa after paying US$100,000, and another 300 are in the queue. If we implement that project, US$30 million would be brought into the country this month. The PM won't let the project be implemented,” Minister Perera said.

From today, I will not let this kind of practice take place anymore in the country.

If he won't resign, I challenge him to come for an open media debate with his economists, he said.

I will not let this country to fall into disaster, Minister Perera added. (Chaturanga Samarawickrama)

The American Center in Colombo has relocated to the new…

The Ceylon Petroleum Corporation (CPC) has reduced the retail prices…